Terrorists attack a power plant that supplies electricity to a data center. The center houses numerous servers hosting hundreds of Web sites. A small business's site goes down, shutting off 80 percent of its revenue flow.

Terrorists open fire at a shopping mall. The authorities close it for several days while they investigate the crime scene.

A bomb goes off in a building that is the location of several businesses. Hundreds of employees suffer serious injuries.

Terrorism is an unfortunate but real fact of life today.

It can affect any business in any location at any time. With some exceptions, businesses do not have to buy terrorism insurance. However, it is a purchase they should seriously consider.

Terrorism insurance became a major concern after the September 11, 2001 attacks in the US. They cost insurance companies the 2014 equivalent of $43.5 billion. After that, properties and operations in likely target areas had trouble finding coverage.

To restore the market, in 2002 Congress enacted the Terrorism Risk Insurance Act (TRIA). Under this law, the federal government shares in loss payments with insurance companies. The government steps in once insured losses exceed a specific dollar amount. The law requires insurers to offer terrorism insurance to their personal and business customers. Business customers do not necessarily have to buy it.

To keep the terrorism coverage market viable, in early 2015 Congress extended TRIA for six years. The extension requires insurers to absorb a greater and increasing share of terrorism losses before they can receive federal reimbursements. For example, in 2015 industry-wide losses must exceed $100 million. That rises gradually to $200 million by 2020.

In some states and for some insurance coverages, terrorism coverage is not optional. For example, some states do not permit businesses to reject it for Workers' Compensation. Others require it for fire insurance on buildings. For many other types of coverage, businesses can buy it for an additional premium.

Many business owners think the coverage is unnecessary. They cannot imagine a terrorist attack in their city. While attacks have occurred in large cities like New York and Boston, they have also happened in:

Also, as the examples at the beginning of this article illustrate, a business can be a victim of terrorism without being its target. A key supply chain can be disrupted. Authorities may restrict access to the area where the business is located. Utility service can be interrupted. All of these can cause businesses to shut down. One-third of insured losses resulting from September 11 were from business interruption, more than any other coverage.

Because of the unpredictable nature of terrorism, every business owner should consider buying the optional coverage. A professional insurance agent can an answer questions and estimate the costs. No one knows when or where the next major attack will be. Business owners should prepare for the financial hit they will take if it happens to them. 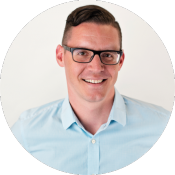