The Tax Advantages of Annuities

Annuities are the only financial product on the market specifically designed to convert a lump sum to a guaranteed income. As such, they are powerful tools for hedging against uncertainty and risk. But they also come with powerful tax advantages as well.

The Power of Tax Deferral

Tax deferral is a powerful tool that an investor can use to magnify potential returns - over and above what you might gain using similar investments in a taxable account. Any tax you can put off paying to Uncle Sam is equivalent to taking an interest free loan from the government - and investing it.

For example, if you make a series of investments that generate $1,000 per year in the first year in interest income and you held those in a taxable account, you would likely have to pay $250-$280 to the IRS in income taxes. You would only be able to reinvest $720-$750 of that money and let it compound over time. By holding those same investments in a tax-deferred vehicle, however, you get the benefit of compounding the entire amount - year after year after year.

As investment mogul Warren Buffett has noted, this is the same as the government handing you that extra amount to invest - with no payments and no strings attached, as long as the money stays in the annuity. Yes, you pay income tax on gains - eventually - but you get to decide when, subject to RMD rules.

As long as the annuity owner is still living, they are taxed very similarly to traditional IRAs with nondeductible contributions, and have many of the same tax advantages. 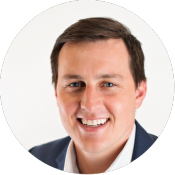