Why Customers Prefer to Work with Independent Agents

Most of the survey participants who went back to using independent agents said that these professionals offered more convenience and expertise. In addition to this, many participants said that independent agents offered a central point of contact for answering questions or dealing with other insurance needs, which was much less of a hassle than using automated phone menus or confusing online forms. Overall, consumers seem to prefer having the guidance of an experienced agent available to them.

Researchers said that their findings not only show how important person-to-person advice is but also the importance of building a professional relationship with customers. Another finding researchers pointed out was that trust is highly valued, and this is something that an independent agent is able to build with each client by providing advice and help. With the implementation of the Affordable Care Act, this has also raised questions about consumers' feelings particularly toward medical insurance.

In a survey performed by a separate company, the results showed that most consumers preferred buying individual medical insurance through an agent instead of directly through an online company. While online purchase options are being offered more often these days, more than 60 percent of respondents said they bought coverage through independent agents. They were also more satisfied with their plans than those who purchased products online. Nearly 65 percent of participants said their agents were helpful, but only about 35 percent said this regarding online purchase options. Slightly more than 90 percent of participants who bought their coverage through agents said they purchased the plans the agents recommended. More than 30 percent of online shoppers said that their experiences were just time consuming but said nothing about them being positive.

Researchers also discovered that people who bought coverage through independent agents were more pleased about how understandable their options were when explained, and they were also appreciative that their agents provided personalized plans that fit their individual needs. The participants who purchased coverage online were informed that they could buy the same products through independent agents without added costs. From that group, 25 percent said they would use an independent agent if they were given the opportunity to choose again. This is an important consideration for all insurance companies, and it is good news for independent agents. Offering trust, value and expertise keeps customers happy.

Contact the Insurance Loft today to learn more about protecting your family.
Call 800-409-9790 or email us at [email protected] for more information. 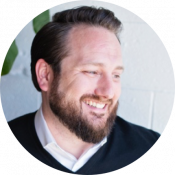 12.5m Awarded to Seriously Injured Worker due to Workplace Safety Lapses The Tax Advantages of Annuities